The NCHS tracks all divorces in the total population of the U.S.

The United States Census Bureau also offers statistics for divorce rates of men and women of all races from the total population. This information is approximated. 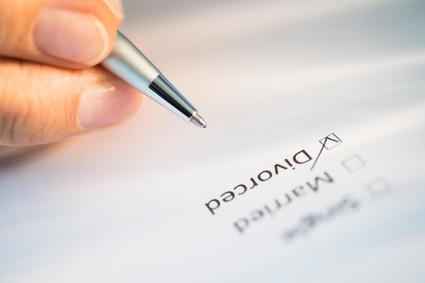 Statistics from both government agencies indicate the rates for divorce in America over the last few years have remained steady. Additionally, if you look at the trend for the last ten years, there has been an overall decrease in the number of divorces. However, this is variable based on other factors too, like religion, occupation, race, political stance, and even geographic location. For example, Washington D.C. had the highest divorce rate in 2015, while Hawaii had the lowest. While the divorce rates for men and women have also been steady, more women seem to be getting divorced than men. (This could be attributed to multiple marriages/divorces.)

Like most statistics, divorce rates aren't in a bubble. You have to look at them in cooperation with other data, including marriage rates. According to the NCHS, the marriage rate is slowly going down. This can offer a bit of insight into why divorce rates have also decreased.

How Rates Are Configured

To understand American divorce rates, you need to look at how the information was gathered. This can help you to understand differences in statistics.

Reported divorce rates can differ based on a variety of factors, including the population, sample size, reporting procedures, and the source. Rates that are garnered through federal programs will likely have more accurate statistics than sources that use a smaller sampling size. You also have to think about the population. For example, statistics gathered for the population as a whole will include everyone, young and old, which will lead to a lower divorce rate than a sample limited to people of marrying age. Statistics can tell you a lot about the current trends, but be sure to consider the source and other relevant factors any time you are reviewing conclusions based on data.