When you look at divorce statistics and living together, a variety of factors come into play. All around the world the connection between cohabitation and divorce have a unique relationship that is connected to the country's culture, social norms, and divorce laws.

In a study of 16 countries, researchers noted that the relationship between cohabitating and marriage is not necessarily a direct one, but that there are many factors that impact why a couple opts to divorce regardless if they were cohabitating before marriage or not. The age group examined in this study was those ages 15 to 49 years old. Some factors that impact whether a couple will divorce include divorce laws, cultural acceptance of divorce, and societal acceptance of cohabitation without marriage. Key findings include:

Factors Impacting Divorce Around the World

In the international study mentioned above, the findings did not illustrate a direct relationship between cohabitating before marriage and getting a divorce later on. The most important risk factors for a divorce were cultural acceptance of divorce, if the couple's parents were divorced during their childhood, and marrying at a young age. Other findings included: 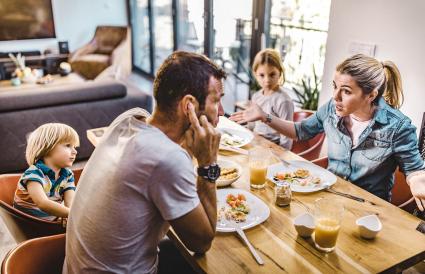 Divorce and Age at Time of Marriage

This study illustrated that those age 25 to 32 currently have the lowest risk for divorce in the United States, and although it is not totally clear as to why, maturity, financial stability, and relational acumen seem to have the largest influence.

Couples aged 50 and older are living together in greater numbers than ever. According to Forbes.com, more than 1.8 million Americans in that age group are cohabiting. Ninety percent of these people have been widowed or divorced, or are separated from their spouse. Reasons may include these factors:

The concept sliding vs deciding refers to how couples commit to each other in their relationship. Couples either "slide" into a convenient next step or commit because of the inconvenience of breaking up, versus couples who plan on being together and evaluate their compatibility before moving on to higher levels of commitment. In a study of 1,300 individuals in opposite-sex relationships in the United States:

The majority of couples who cohabitated before marriage noted "it just happened" as the response to why they moved into together, which indicates more of a "slide" into commitment, instead of discussing future plans and "deciding" that they were the best fit for each other. These couples reported lower levels of marital satisfaction later on in the study. Couples who planned and decided to move in together prior to marriage because they shared a similar commitment level and future goals reported higher marital satisfaction.

In another study conducted by the same researchers who explored the "sliding versus deciding" concept, they took a look at 1,050 married men and women ages 18 to 34 years old. They found that:

This study's most significant finding is that living together prior to engagement has the highest risk factor for divorce, while living together after getting engaged or after getting married does not have a statistically significant impact on their divorce potential. This may indicate that couples who opted to live together prior to engagement may have slid into this commitment level, instead of making sure that they shared common goals for their future as a couple, thus putting them at higher risk for marital dissatisfaction and potentially divorce.

Divorce Rates for Cohabitating Same-Sex Couples Versus Opposite Sex Couples

The 2019 Current Population Survey Annual Social and Economic Supplement reports that there are about 543,000 same-sex married couple households and 469,000 same-sex couples who are cohabitating. Other stats include:

How Long After Marrying do Couples Divorce?

On average, marriages tend to last around eight years. Risk factors for divorce include intimate partner violence, substance abuse, infidelity, and lack of trust. Inability to connect, enduring high levels of stress, and having toddlers also can increase marital discord, and eventually lead to a divorce.

Marriage After Living Together

For couples who decide to move in together, just over half of them marry within five years. Within that same time period, 40 percent of couples split up. Roughly 10 percent of them continue to live together without being married.

People who decide to live together may do so with the expectation that it will help them determine whether they will have a successful marriage with their partner. People who decide to live with a partner may also be more likely to divorce if they are unhappy with the relationship after taking vows, since they may have less conservative views of marriage. Research indicates conflicting results regarding whether cohabitation before marriage increases chances of a later divorce if the couple marries. These studies illustrate that the connection between pre-marital cohabitation and divorce are not a direct one, but instead a complex intermingling of various factors.