This law was enacted in 1955 and covers marriage, separation and divorce for Hindus in India. It also covers Buddhists, Jains, Sikhs and anyone who is not a Christian, Jew, Muslim or Parsi. Under this act, either the husband or wife can petition for a divorce after the first year of marriage if:

In 2012, India's Supreme Court invalidated an aspect of the Hindu Marriage Act that forced couples to wait for six months after petitioning for divorce. The new rule allows couples to divorce if both mutually agree before the six-month period is up. The Hindu Marriage Act also provides a process to void a marriage in cases where there is bigamy, marriages between close relatives or incest or if one of the parties at the time of the marriage was not able to consent fully due to mental illness, substance abuse or if they were coerced or defrauded.

This act from 1939 covers Muslims in India and is based on Sharia law. Under this act, Muslim women can file for divorce for any of these reasons:

The Parsi Marriage and Divorce Act of 1936 covers marriage and divorce for Parsis. Parsis follow the Zoroastrianism religion and are a small minority within the larger population of India. The act was amended in 1988. Under this act, a Parsi can file for divorce if: 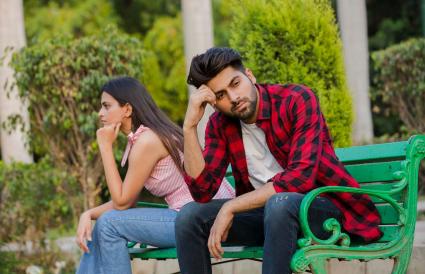 This act from 1954 covers civil marriages for Indians of all religions or no professed faith. It also covers Indians who are living in other countries. The Special Marriage Act was designed to deal with inter-religion and inter-caste marriages. Under the Special Marriage Act, Indians who married under the act in a civil, or "court" marriage, can petition for divorce after one year of marriage under the following grounds:

Although there is a prohibition on divorce under this act for the first year, a spouse can petition the court to remove that restriction if he or she can prove they are suffering extreme hardship.

The Divorce Process in India

Couples can file for divorce together if both mutually agree to a divorce and can mutually agree upon alimony, child custody and division of property together. The court will require a period of six months from the time they file before they can file a second motion in the process which will lead to final hearing by the court. This six-month period can be waived by the court, however. A spouse can petition the court for a contested divorce under the grounds allowed by the marriage act that he or she was married under. Additionally:

How Long Is the Divorce Process in India?

For mutually agreed upon divorce, the process takes about six to 18 months from the time of petition to the time a divorce is granted by the courts. When one party is petitioning the court against the other, the divorce process can take on average 18 to 24 months.

Despite the rise in the divorce rate around the world, India has a remarkably low divorce rate. In 2018 the divorce rate was under one percent, with only 13 out of every 1,000 marriages leading to a divorce. However, this rate has doubled over what it was in the decade prior.

The low rate of divorce can be explained by the societal pressures on men and women in India to remain married. While it's difficult for women in a heavily patriarchal society to petition for divorce, there's pressure as well on men to preserve the family's reputation and remain married.

The process to divorce in India is also a long one and even couples who mutually agree to divorce must undergo many steps, including counseling, to have their petition granted. A review of India's census data also found that the number of individuals in India who were separated was three times that of divorced people, which is a result of the difficulties that people face going through the legal divorce process.

Divorce rates also vary by region, with higher divorce and separations in the northeastern parts of the country where there is more of a matrilineal culture compared to lower rates in the northern areas that are more patriarchal.

While divorce is still rare in India, Indian men and women do have the right to ask the court to dissolve their marriage legally. It can be a long and arduous legal process, particularly if the divorce is not mutually agreed upon by both parties. Couples must also be prepared to deal with social, cultural and religious stigmas regarding separation and divorce in India.