Current research indicates that both men and women are almost equally likely to cheat on their partner, a statistic that used to heavily favor men in the past. Infidelity statistics may not show the whole picture as people sometimes feel a stigma about reporting cheating, but the numbers can give you an idea of the prevalence of cheating in relationships.

What Percentage of Married Couples Cheat?

Finding the exact percentage of married couples that cheat is difficult because most studies rely on self-reporting. While research indicates men and women cheat at fairly close rates, it appears married men still cheat more than women. When you put the data together, about 15-20% of married couples cheat.

Statistics on How Many Married Men Cheat

What percentage of married men cheat? According to the Institute for Family Studies (IFS), about 20% of married men report cheating on their spouses.

Statistics on How Many Married Women Cheat

The IFS shares that approximately 13% of married women report cheating on their spouses.

What Percentage of Marriages Survive Infidelity?

Many people wonder what percentage of couples stay together after one cheats. While adultery is no longer a deal breaker in many marriages, infidelity is one of the top cited reasons couples decide to get divorced.

Statistics on Second Marriage From Affairs

Finding the percentage of affairs when one partner was married that last can be a challenge. Statistics aren't favorable for affairs resulting in marriages. In fairness, most second and third marriages fail regardless of why the first one ended. 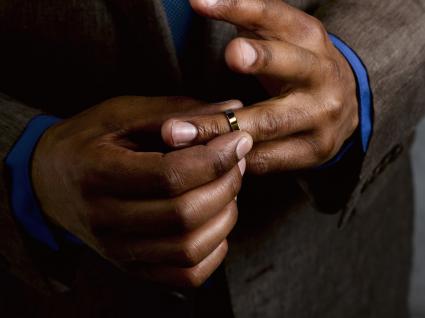 Statistics on the Reasons for Infidelity in Relationships

While there are a variety of factors in any relationship that might lead a spouse or partner to cheat, studies have found that financial instability can contribute to adulterous behavior.

Why Infidelity Leads To Divorce

Cheating can leave both partners feeling confused, angry and grief stricken within a marriage. Divorce rates tend to be quite high after an affair has taken place with studies indicating about half ending in divorce with many partners noting a feeling of betrayal. If you or your partner have cheated, take time to think about whether ending the marriage or trying to preserve it is the best choice for both of you.