Marriage is not easy. Unfortunately, even couples with the best intentions can end up in divorce court. There are a number of reasons people get divorced and the following are the most often cited in statistical research.

According to a report published by AARP, infidelity still plays a significant role in why people file for divorce. It is reported that about 17 percent of divorces are caused by one or both partners being unfaithful. However, usually there is an underlying reason that causes a spouse to cheat, including anger, resentment, having varied interests, growing apart, or unequal sexual appetites. 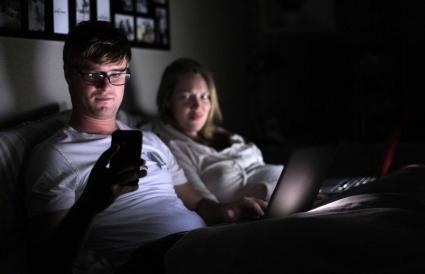 Physical attraction to your partner can predict marital satisfaction in the long run. According to a recent study, conducted longitudinally, men reported feeling happy in their marriage if they perceived their wives as being attractive, with their satisfaction increasing over time. Women reported feeling about the same over time, without their satisfaction increasing or decreasing. For men, their spouse's physical appearance can act as a future predictor for successful or unsuccessful marital outcomes.

The American Journal of Sociology recently published a study that found a husband's unemployment can be a key factor behind divorce. In fact, lack of money can often cause marital problems to flare into a divorce filing. A married couple facing financial difficulties is often under a lot of stress, which in turn can lead to constant arguing and lack of communication. Couples who don't see eye to eye on spending habits or that are in relationships where one spouse controls the finances are at risk for a divorce, with an estimated 40% of divorced couples noting this as the main reason for ending the relationship.

Healthy communication is one of the most important ingredients when it comes to a successful marriage. If one or both partners are not willing to work through their communication issues, marital satisfaction declines as both partners' needs are no longer being met. Once parties stop communicating effectively, marital troubles that can lead to divorce may not be too far behind.

Physical, mental, and emotional abuse all are common reasons why couples get divorced. About 22% of middle-class marriages end in divorce due to violence from one or both spouses. Consistent fighting, whether it's physical or verbal, is not healthy for either party. Eventually, many people involved in volatile marriages reach a breaking point and seek divorce. Staying in an abusive relationship is neither healthy nor safe. Counseling can often help abused spouses make the decision to seek help and to make a change.

Nothing stays the same. Over time people grow, develop, and change. Around 55 percent of divorced couples cite growing apart from their spouse as their primary reason for ending the marriage. When partners' lives, interests, or dreams become incompatible, the marriage can begin to suffer as a result. Divorce Magazine reports that incompatibility is often the reason people end up filing for divorce. Incompatibility can also lead to a spouse seeking interaction with a person of the opposite sex, which can lead to infidelity. 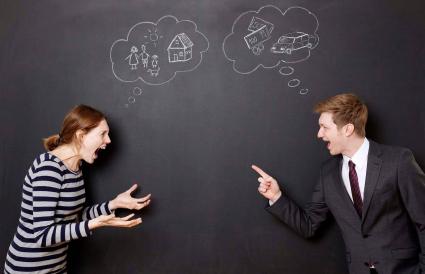 Unhappiness lies at the root of a high number of divorces. Sometimes individuals don't realize that love is not enough to keep you happy. Some people get married and then realize that they are not cut out for marriage and what can come with that type of lifestyle. Research states that marital dissatisfaction is one of the top predictors for divorce.

People can become addicted to substances, behaviors, or even other people. Whether it's drugs, sex, gambling, or alcohol, addiction can wreck a person's life. As a person's addiction gains more control, they may find themselves in peril of losing employment, friends, and their marriage. People with addictions often exhibit behavior that is unacceptable in a marriage, i.e. lying, stealing, and betrayal of marital trust, and consequently addiction makes the list of top reasons why couples divorce.

According to a study published by the Wharton school at Pennsylvania University, the age at which a couple gets married plays a role in the likelihood of their divorce. Couples that get married at a young age often deal with money issues, lack of maturity, lack of communication, and issues that develop from growing apart. Age, in some cases, can add experiences that can help a marriage work. This was also found to be true in the same study, finding that couples who marry later in life often have the lowest divorce rates.

Parenting is an even larger undertaking than getting married. Once children come into the picture, priorities change, lifestyles change, and for sure sleeping habits are impacted. According to Attorney Jeff Biddle, differences in parenting style is a major reason couples seek divorce. For example, imagine one parent believes in letting a child cry and the other believes in a more hands-on approach. Unless the parties can communicate and work out a common solution, issues like this could lead to a split. 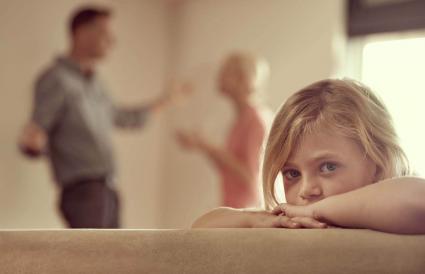 A couple can marry with the expectation that both will share equally in the amount of work to run a household, as well as for expenses and financial decisions but in reality one spouse ends up in control or expected to do more than another. Or they can marry with an expectation based on their culture or religion that the division of labor and responsibilities will be unequal at the outset. Over time this can lead to anger and resentment by the spouse who feels they are treated unequally. If the couple cannot communicate and follow through with a respectful and fair distribution of labor and responsibilities for their home, finances and child rearing tasks, this can lead to a broken marriage and divorce.

Marriages were sex becomes rare or nonexistent are likely to end in divorce. Marriages can become sexless for several reasons, such as the partners growing emotionally apart, too busy and tired from work and caring for children or for medical issues, mental health problems and physical disabilities. Without counseling, marriages can fall apart without regular physical and emotional intimacy. About 15 to 20% of marriages in the U.S. are "sexless" and about 50% of these result in a divorce.

One spouse suffering from a serious or debilitating illness can often lead to divorce. In addition to a health problem causing problems for physical intimacy, it can lead to substance abuse, depression and anxiety, as well as financial issues like debt. More often than not, research has found that it is an illness suffered by the wife that leads to divorce. A wife with a stroke and heart disease in particular appear to significantly increase the chance of divorce.

Almost half of all marriages in the U.S. are between interfaith couples. If these couples do not seriously discuss prior to marriage how religion will be handled in child rearing and other serious life events, divorce can result. Surveys have found that couples in interfaith marriages are at a risk of divorce that's three times higher than non-interfaith couples.

When you see problems on the horizon within your marriage, it is best not to wait until they are beyond fixing to address them. If you review the most common reasons for divorce, many are issues that can be resolved if both parties are open to working on them. Finding appropriate marriage counselors or support groups can be a great way to begin working through marital issues that continue to crop up. Of course, in situations where violence and abuse are present, the safety of the victimized spouse and any children should be the primary concern. If you do decide to get divorced, take time to process your emotions and seek support if needed.